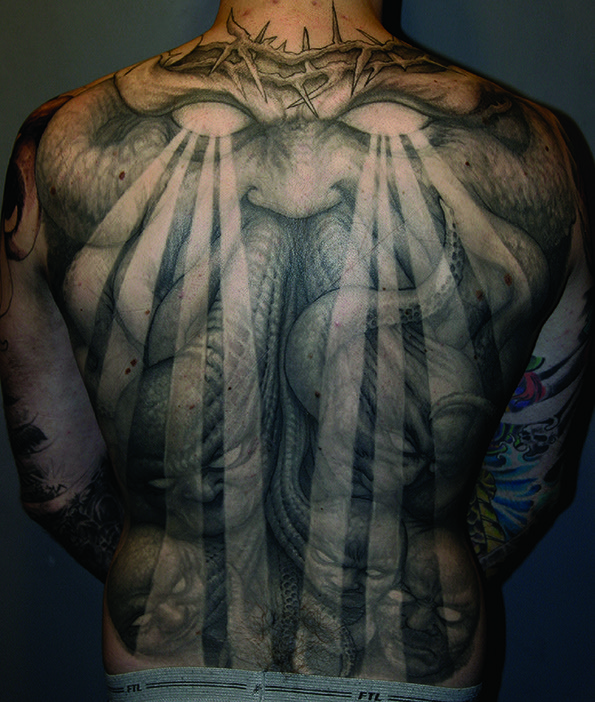 Tattoos date back to neo-Paleolithic times, serving purposes both for good and for bad.

They have been used to record history, brand prisoners and slaves, express self-identity, and reclaim control over one’s own body. For many today, clients are claiming trauma recovery benefits.

This intriguing Psychology Today guest blog by Heather Edwards combines insight about what tattoos can mean to folks, along with an interview with an artist in the craft, Paul Booth.  The notion of a mark on oneself is as ancient as the Mark of Cain, after murdering his brother, Abel in the Book of Genesis.  Nathaniel Hawthorn’s Puritan-era “Scarlet Letter” may not have been a tattoo–it was sown to one’s clothing–but it did mark the community’s condemnation of an adulterer.

Not surprisingly, there is another side to this story.

Human beings are creative in nature, and tattoos are also a form of art and meaning for many.  So, how can tattoos serve an enabling, healthy goal? Edwards and Booth opine that by physically owning one’s injury/trauma with a consciously chosen tattoo, a person establishes agency over that injury rather than the trauma having agency over the self.

In my interview with dark surreal tattoo artist Paul Booth, we talk about how tattoos can create empowerment and provide closure from a dark past.

Booth says “survival, the endurance of pain, and ultimately an image that represents that experience as part of your past is what heals. In the [tattoo] result you feel empowered because you suffered through it and you survived.”

Trauma is stored in the body as vague images, a felt sense of danger, and physiological reactions when triggered. There’s not always a clear narrative. So how does an artist illustrate the survival story of one’s past?

Booth describes his process of depicting the trauma, “As they’re telling their story, I’m visualizing it. I’m a visual thinker, everything is pictured for me. I’m seeing pictures and recording them. That process is what connects the dots. The process is every bit as important as the image itself. Any image can work as long as it is based on the trauma…  for that person, a simple teacup could represent everything for them, or a flying toaster with an egg on it. ”

It’s a deeply critical voice that demeans and dis-empowers its host. It keeps the trauma survivor suffering in silence. But research is showing that when shame is exposed, it fades. Healing can begin with a re-do of the story through a survival narrative.

Developing trust and getting into the psyche of an individual’s story is delicate.

There’s a lot of trust involved in telling such intimate details about one’s life.  Booth states, “Tattooing forces trust. In order to step into the deep realm of therapeutic action, the level of trust has to be high. That’s why I share my own issues with my clients to a degree, to show them I relate through my own experiences.”

Booth believes that telling the story, exposing the trauma and shame, and having someone you can trust to bear witness heals. He describes it as another type of “talking cure”.

He gives examples of this experience. “A [client] wrote me a letter thanking me because he was terminally ill, and he thanked me for giving him his body back before he died.”

Booth described another client who, “came to me with severe childhood trauma. We sat down. He told me stories. I visualized an image that represented all of them. In it, a demon was reaching out but couldn’t reach [the weapon of abuse]. That’s empowerment right there. It’s badass.”

There’s a shift of the trauma memory that can evolve through its retelling with a survival focus. It’s externalized, validated through another person’s eyes, and can change the lens of the experience. Booth states, “It gives that trauma or demon a tangible face. It lets you directly say, ‘Hey, f*ck you!’”, as he flicks the middle finger toward a tattoo on his arm. 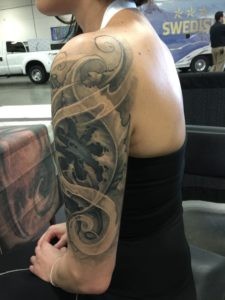 Tattoos are not for everybody, and for some, it may be the wrong choice. That is why this kind of art is best done while doing work in psychotherapy. Booth freely says, “I don’t pretend to be a therapist. I’m a street shrink. It’s not me that’s helping them, it’s the process. I’m a guide. With the connection that’s built, we make art together.” And that art can provide a form of corrective experience which, for some, helps with the healing of deep wounds.

The creative process has been part of human healing since the dawn of time. Songs, humor, theater, dance, among other creative endeavors, have the power to touch our souls deeply; to heal, to re-frame, and to transform. Why should good tattoo art be any different?

Similar to art therapy, the creative expression of a tattoo can be a vehicle for change. While it’s not an alternative to psychotherapy, it’s reportedly been a helpful adjunct for some.

While tattooing has healing value, Booth acknowledges the need for mental health counseling and adds, “The closure of a tattoo may be powerful, especially combined with professional therapy that understands the process and can relate to people like me.

Mark Banschick, M.D., is a psychiatrist and the author of The Intelligent Divorce book series. 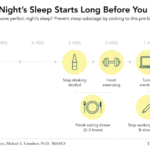 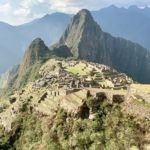